Generally, there are two groups involved, one is the electronic engineer group, and the other is the PCB prototype manufacturer.

The prototyping stage is the most critical period for engineers. For manufacturing PCB, China SYS Tech has the experience of manufacturing PCB for more than 15 years (since 2006). Choosing SYS Tech not only shorten the manufacturing time of the PCB but also reduces the cost and get the high-quality boards.

You may go through many design iterations when developing a new PCB based design. You need to be able to test new designs quickly so that production can be completed in time, as a lengthy design process can lead to loss of revenue. The rapid speed of our prototyping services, combined with testing designs before production runs, can minimize wasted project expenditures and investment.

Standard production operations will also increase rapidly in terms of costs. The earlier you discover design defects or inefficiencies in a PCB design, the lower the cost of solving the problem. If you don’t use prototype PCB boards to test your design, you may have problems later in the production run - that is, after you’ve invested a lot of money into producing standard PCBs. Our PCB prototyping services are also suitable for small volume production.

Engineers also often use prototype PCBs to test a single function of more complex products containing multiple PCBs. Before adding the next level of functionality, they will order prototypes that perform the most basic functions. If you don’t test the features separately, you may encounter performance problems in subsequent processes, and not sure which board caused the problem. Through the prototype design of each function step by step, a lot of time and resources can be saved. 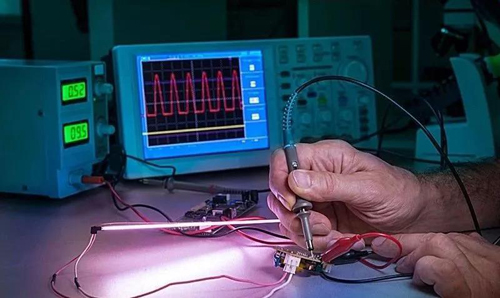 
1. PCB manufacturing Speed
Products in the PCB market change all the time. In this industry, time is a very important factor. Delivery time and quality are the competitive strength of factories, and China PCB prototype manufacturers are also the most favored by engineers and factories. Now circuit board factories generally provide expedited services, and the normal delivery time of fast factories also is 2 days.

2. PCB prototype Quality
It is a trial production by engineers before the product design is confirmed and tested, and the quality cannot be ignored. From raw materials, schematic drawing, to production, testing, quality control, etc., every link needs to be strictly checked. For example, for ordinary double-sided boards, the raw materials generally include FR-4, aluminum substrate, CEM-1, etc., the thickness of the board is from 0.4mm to 3.0m, etc., and the thickness of copper is 0.5oz to 3.0oz. The difference of these materials causes the difference between quotations very large. At present, the better materials used by manufacturers are Shengyi, Isola CCL.

3. PCB prototype Price
With the development of the industry, the price of PCB prototype, small and medium batch PCB production is constantly falling. Use challenging prices to complete challenging tasks, which will be the price trend of the future circuit board prototype.